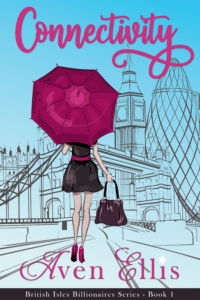 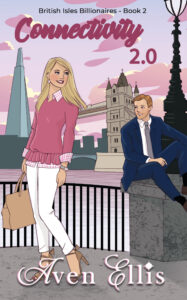 Switch to first-class seat on a transatlantic flight? Check!
Sexy ginger seatmate with gorgeous British accent? Hello!
Discuss love of grandmillennial décor with super-hot seatmate? Why not, throw caution to the wind!
Will the history of a career-driven American finding love with a British billionaire repeat itself?  Hmm …

Recent college graduate Lauren Charleston heads to London for a prestigious media graduate internship that is part of a well-laid plan for career success.

Falling for a playboy billionaire with the nickname of Icky Ollie? Not part of said plan.

Tech developer Oliver Pratt makes tabloid headlines for his wild ways, seen with a myriad of women—including a princess. He’s exactly the type of man Lauren detests—especially in light of her past with men.

But Lauren might find exactly what she needs in Oliver if she can see beyond the surface—and face her own past, too. Will these two opposites find a certain connectivity, as their career mentors did? Or will this romance short-circuit before it begins?

Connectivity 2.0 is a laugh out loud and delightful romantic comedy. Get ready to fall in love with Lauren and Oliver—and have an overwhelming desire to go to London— when reading this feel-good story. 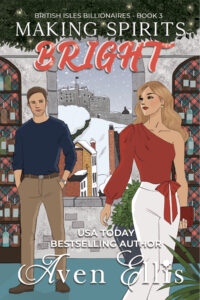 It’s Christmas time in London! Bring on the lights twinkling along Regent Street, the Christmas tree in Covent Garden, mince pies and boozy hot chocolate—and one drop-dead gorgeous Scottish billionaire to go with it all, please…

Aoife O’Sullivan is eager to see what this December will bring. She’s determined to let go of the heartache of the past year and move forward. No more thinking about the love she lost. To find her spirit, Aoife decides to create a bucket list of festive sights to see in London to celebrate her first Christmas in the city.

Aoife’s world, however, is turned upside down when Santa brings her something Scottish and sexy in the form of her ex. As soon as Aoife sees Jack MacInally, she knows she’s not over him. Both made serious mistakes, leading to their messy breakup. When Jack suggests taking the month of December—all thirty-one days—to start afresh, Aoife leaps at the chance to be with the man she has always loved.

Yet as they try to rekindle their romance, their past problems threaten to snuff it out. Will each of them be able to let go of their guilt and truly move forward? Will the gift of a second chance romance be something magical—or will this present end up returned to sender?

If you like swoony Scottish men, spirited heroines, and the backdrop of Great Britain, you’ll want to pick up this hilarious and heartwarming story today. 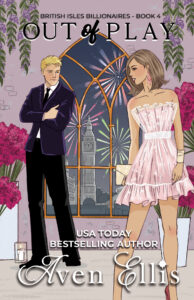