The Chicago on Ice Series follows the Chicago Buffaloes and their players in the Windy City. The first book in this series is The Aubrey Rules, a story full of funny moments, sweet romance, and one very shy—yet impossibly sexy—hockey captain in Beckett Riley.

The latest book in the Chicago on Ice Series, The Bottom Line, is available now Order here. 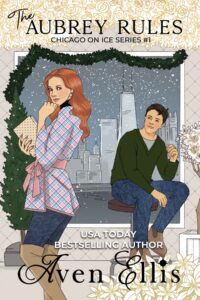 Some of the Aubrey Rules to Live By:

*If I’m going to indulge in French fries, I must add extra time to the treadmill the next day.
*Always keep your work and private life separate.
*Being open to new experiences will never involve eating kale.
*Never, ever date a professional athlete.

For Chicago social media professional Aubrey Paige, the rules are everything. So much so that Aubrey has painstakingly written her rules for living into a polka-dot Kate Spade notebook that she carries with her at all times. It’s her personal guidebook to living her life. These rules are the Holy Grail—ones never to be broken. They guide her actions for everything, from dealing with workplace drama to finding a great guy to date. After all, these are her own rules, built from her life experiences and observations. So they have to be perfect, right?

Because when Aubrey meets a cute Canadian, she suddenly finds her rules being tested and challenged in ways she never dreamed possible. Beckett Riley is the shy, quiet, determined captain of the Chicago Buffaloes, a hockey team on the verge of turning the corner to becoming a winning organization. He’s Aubrey’s opposite, with so many qualities that Aubrey had listed as ones she’d never want in a man.

Yet Aubrey finds herself drawn to Beckett in ways she’s never known. And when she unexpectedly finds herself working with Beckett, she wonders if rules are meant to be broken after all . . . 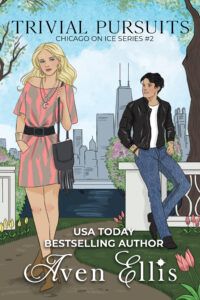 Landon Holder is exactly the kind of man Livy Adams should stay far away from.

The flashy, flirty star defenseman for the Chicago Buffaloes is known for hooking up with women all over Chicago. Livy finds herself attracted to Landy, but his sexy good looks and charm are irrelevant. She had her heart shattered by a cheating athlete in college, and Livy vows she will never let her judgment lapse like that ever again.

Yet Livy knows she can’t spend the rest of her life focusing on building her jewelry line during the day and her evenings playing TriviaPlayOrPass! on her phone, either. Even though she does have fabulous conversations with a player named Scott, it’s time to get back in the game—in real life.

While Livy tries to figure out her career path in jewelry design, she knows it’s time to take a chance on romance again, too.

But in a strange twist of fate, Livy finds herself getting to know Landy on a much deeper level. Sometimes people aren’t always as they appear to be. Just like a diamond, you have to look closely to see true clarity.

As Livy unwraps the layers around Landy to see the man behind the image, will she have a change of heart? Can she leave her past behind for a future with Landy? Or is it all a game of trivial pursuits? 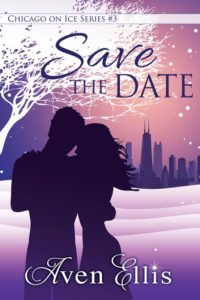 Chicago event planner Collins Brady knows how to make the magic happen for her clients. From elaborate weddings to cute baby showers, Collins knows what to do to make an experience breathtakingly perfect. In her mind, she adds the sparkle that makes everything shine.

If only she had that same sparkle in her personal life.

While she’s good at her job, her true career dreams lie elsewhere. If she could do anything, it would be to become an equestrian riding instructor. That dream, however, is shelved due to practicality. And that’s not the only thing Collins has shelved. After ending a relationship with her college sweetheart, Collins has taken her heart out of the game, too. She wonders if that magical kind of love can exist. But maybe it’s only a fantasy.

Or is it? All of that changes the night she meets Luca Ballerini, the rookie goalie for the Chicago Buffaloes. Passionate and fiercely determined, Luca has only made time for hockey in his life—until he meets Collins. Her spark hasn’t escaped him, and now Luca wants something other than his hockey career.

But following their dreams and hearts isn’t always easy. Can Collins and Luca find a way to live their dreams with each other?
Will love get past them? Or will this goalie make a perfect save of Collins’ heart? 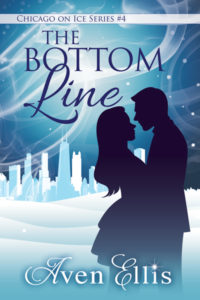 After landing her dream job as an assistant buyer for a luxury fashion retailer in Minneapolis, Taylor Hartigan’s life becomes a nightmare. Performing mundane tasks and catering to the ridiculous whims of the boss from hell, she sees no opportunity for advancement. Though she’s never quit anything in her life, Taylor walks out and heads home to Chicago, the city that holds her heart. With her confidence shaken and no job on the horizon, she knows she has to find herself again.

Once she arrives, she’s shocked to learn hockey player Hunter Riley has been traded to the Chicago Buffaloes. Taylor met Hunter the previous season when his hard-hitting play broke the glass in front of her. Meeting him after the game, something passed between them—and has stayed with her ever since. Since she’s followed his career, she knows he’s coming off a disastrous season in Houston and must rediscover his game in Chicago—or face losing his hockey dream.

The timing couldn’t be worse for the pair to become involved since they’re both at a crossroads but the chemistry between them can’t be denied. Taylor worries that their budding relationship won’t survive the challenges of rebuilding two broken careers. Can the new versions of themselves fit together? Or tear them apart?

Or will love be the bottom line, after all?