The Modern Royals Series is a hilarious and heartwarming spin on royal romance. A Royal Shade of Blue is the first book in this new series.

A Royal Shade of Blue 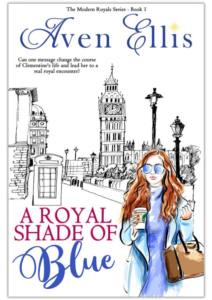 When art history student Clementine Jones receives a message complimenting her latest internship project, she doesn’t hesitate to answer it.
She never dreamed that this decision would not only change her life but the future of the British monarchy as well.
Her response leads Clementine to the mysterious CP Chadwick, a British man studying history at Cambridge. Clementine finds CP charming, smart, and unlike any man she’s ever met. Most of all, when she confides her medical past to CP, his perception of her doesn’t change. He doesn’t treat her as fragile like her parents do. CP sees her as normal, which is something she cherishes.
Clementine, however, has no idea that CP is actually Prince Christian of Wales, who has never had a “normal” life. Christian is at a crossroad. His destiny is to be a working royal, but he is desperate to fill that role in his own way. Wary of others, he’s kept himself closed off from the world—until he lets Clementine in.
A royal romance is never a fairy tale, but Clementine and Christian are determined to write their own version. Can they overcome their own fears—as well as the constraints of a royal life—to reach their own happily ever after?
Available on Amazon now. 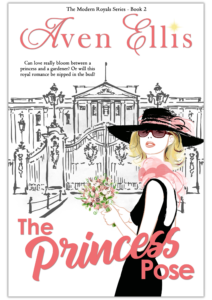 A modern princess. A charming commoner. Can they hurdle tradition to find true love?

Princess Elizabeth “Liz” York isn’t interested in a fairy tale life. Determined to use her elite platform to champion children’s causes, she’d much rather raise awareness than find her prince. If only she could stop picturing one certain gardener with vivid hazel eyes…

When the relentless paparazzi invade her space, Liz’s crush comes to her rescue and steals her heart. Tossing aside centuries of tradition for something real, she takes Roman’s calloused hand and braces for the backlash. But after her progressive approach ruffles more than a few feathers, one member of the monarchy vows to keep the princess locked in her stylish but decidedly ivory tower.

Can Liz break through her birthright to find a powerful kind of love?

The Princess Pose is the second standalone book in the charming Modern Royals romantic comedy series. If you like strong heroines, determined love, and lots of laughs, then you’ll adore Aven Ellis’s sweet tale. 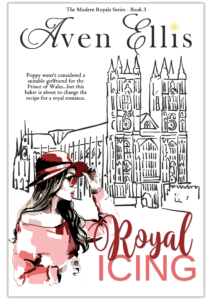 Poppy Davies has a once-in-a-lifetime chance to be a baker for the upcoming royal wedding. But falling in love with the Prince of Wales? Ha! Not unless her middle name is Cinderella.

Or so she thinks …

Welsh baker Poppy Davies is happily living her best life in London. Passionate about her work, there is nothing more she could possibly want-except to land the coveted job of baking the official biscuits for the upcoming royal wedding for Prince Christian, second in line to the throne. It’s an assignment that could change the entire trajectory of her professional career.

But what about her personal life?

An accidental meeting with Prince Alexander of Wales, the future king, changes everything. Poppy won’t deny the sexy, dark-haired prince is madly attractive, but his reputation as a playboy—and the fact that she’s the least likely woman he’d ever be interested in—puts this in the TV movie category, not real life.

Yet Poppy can’t deny the spark between herself and Xander. As their relationship grows, so does the looming realities of a royal romance in the public eye. Can a baker be accepted as the girlfriend of the heir to the throne—and can she keep true to herself in the role? And will Xander come to believe that he truly is a man worthy of the sacrifice a romance with him requires?

Royal Icing is the third book in the feel-good Modern Royals romantic comedy series but can be read as a standalone. If you like smart heroines, swoon-worthy princes, and laugh-out-loud humor, then you’ll love this heartwarming novel. 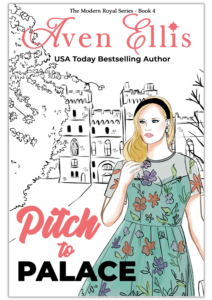 She was a princess who found solace and happiness in books, determined to stay hidden from the world forever. But will her crush—a sexy Canadian footballer with a playboy past—be the one to lure her out of her shell and into his arms instead?

Comfort for Isabella York is found buried in the pages of books. Bookended between two beautiful sisters, she is a different kind of princess, quiet and studious. Judged harshly on social media and in the tabloids, which compare her to her thin, outgoing sisters, a shy Bella has no desire to become a working royal for the House of Chadwick upon graduating from university, preferring to work in the family’s dusty archives instead.

But hiding from the limelight may not be an option where Camden Tremblay is concerned. Sinfully gorgeous and with a wild past, Camden was the crush Bella longed for from the day she met him—and she knew he would never look her way.

Camden re-enters her life and they both see there is more to each other than meets the eye. He turns Bella’s life upside down like a snow globe, filling her life with a magic she has never known. But with each of them fighting their own insecurities, can this high-profile romance survive the intrusive eyes of the press—and the greatest crisis to face the monarchy to date?

If you love British royals, a sexy hero, a heroine who finds herself and a happily ever after, then you will love this heartwarming and romantic story.