Love, the Viscount & Me 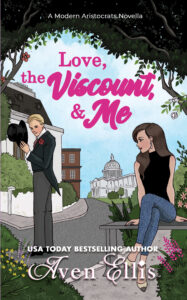 Nanny Rule #1: Do not fall for your employer. No chance of that happening.

Nanny Rule #2: Do not date fellow household staff. With only an elderly housekeeper as staff, this will not be an issue.

​American McKenna Manning is thrilled to start her new job as a nanny to an aristocratic family in London. Not only will she get to explore a new country, but she hopes to find a missing piece of herself while on English soil.

What she never expected was to get a crush on her employer’s brother, the dashing Viscount Brookstone.

Of course, when one is rescued by a gorgeous man with a deep voice and British accent, McKenna knows she doesn’t stand a chance. As she unpeels the layers behind the serious and scowling viscount, she begins to find her herself—and feelings for Phillip, too.

While the idea of love has always scared McKenna before, Phillip has her wanting to take that leap. Not only her job is at stake but her future, too. Because something tells McKenna if she were to give her heart to him, she might never want it back …

Love, the Viscount, & Me is the introductory novella to the Modern Aristocrats series. If you like smart heroines, dashing British heroes, and laugh-out-loud humor, then you’ll love this heartwarming novel.

Lord of the Manor 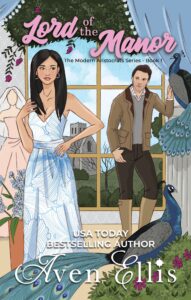 I hate Nicholas Banfield, Viscount Longwood. He’s cocky. Annoying. And most of all, he’s a liar.

So why is he living rent-free in my head every hour I’m awake, and sometimes when I’m asleep?

It may have something to do with the fact that I’m working on his historic estate. And . . . I may have had a crush on him that one summer when we were teenagers. But I’ve never forgiven him for betraying me on that fateful night in Dorset.

Yet as I now see his athletic frame and wavy, dark brown hair, something shifts in his whisky-hued eyes. As his gaze meets mine, I can’t stop wondering what if . . .

What if forgiving the past means a chance at something more? Or, what if it leads to another broken heart?