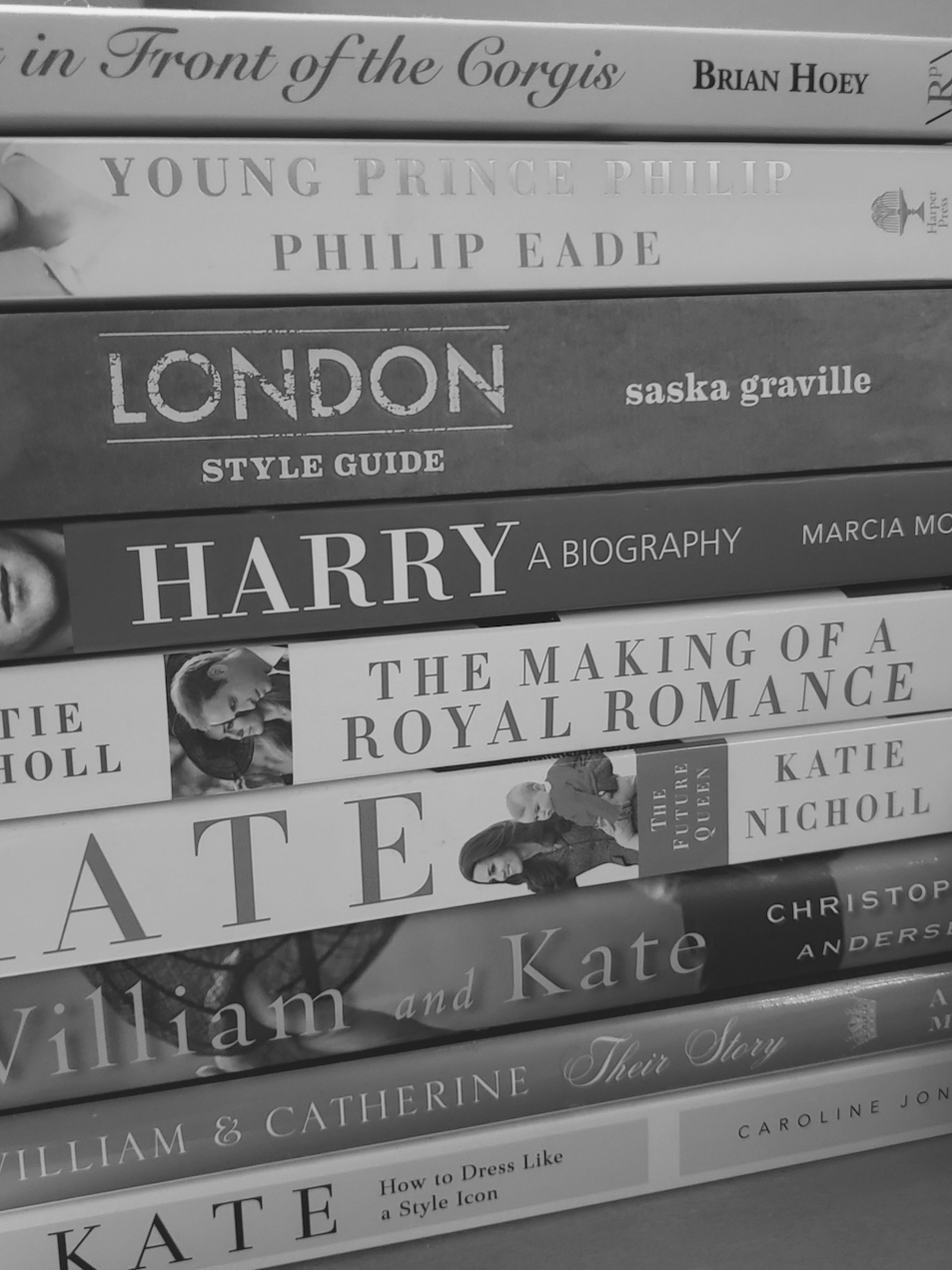 Every author has a different process for research. Some are light researchers. Others immerse themselves. Some do everything upfront before writing a single word while others research as they go along.

Me? I do it before I begin. I do it during the writing. If I see something that looks like it might fit for a different story, I file it.

If you can’t tell, I LOVE to do research.

And the most fun I’ve ever had researching a project was for A Royal Shade of Blue. This was the most intensive research project I have ever undertaken, but also one that speaks to one of my greatest passions, which is following the British royal family.

This love goes back to Princess when she was first engaged to Prince Charles. I have tons of books from that period, as I begged my mom for those each and every Christmas. I still have those books to this day. Including one all about decorating a nursery for one baby named Prince William. 😉

When I decided to write A Royal Shade of Blue, I dove right in. I had my books. Used the internet. Visited Buckingham Palace via YouTube. Studied floorplans and art collections. For the scene at Ascot, I had to go deeper and spent hours pulling up anything I could find on what it was like to be a guest at Windsor Castle and attend the race as a guest of the queen. I read. Studied pictures. Watched more video.

I repeated this process for each meal scene, studying pictures of the rooms (for the scene at Sandringham there was only ONE of the dining room), looking up the details of the art and studying menu cards of previous royal family dinners. I studied meals. What royal chefs prepared. It’s important to me that if I’m going to portray a British royal family that it be done with such realism that you can see the Chadwicks as real royals. Right down to Clementine’s plate being taken away because King Arthur had finished eating. (Real rule, by the way.)

Now I get to indulge my passion all over again for The Princess Pose. For this book, I get to dive deeper into the lives of princesses, ones who aren’t in line for the throne. I will take some creative license and have Liz be a full-time working royal because I want to explore that world. What does she do with her title? How is her diary filled? For Liz, we get to see what it’s like to be Princess Elizabeth of York. What scandals are within her own family? And how far will Queen Antonia go to protect the image of the House of Chadwick? Will it extend to Liz and Roman?

I know what will happen, but sorry, you all will have to wait until next spring to find out.

But in the meantime-you’ll have to excuse me.

I have some research to do.